About ICP » Articles / Information on the History of ICP 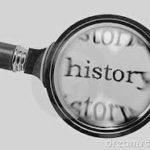 n  2023, the International Council of Psychologists, Inc.(ICP) celebrates its 82nd year as a pioneering professional association.

ICP was founded in 1941. Since then, ICP’s three names reflect the inclusive, innovative, and collaborative nature envisioned by those who established the National Council of Women Psychologists in the USA. In 1946, the name was changed to International Council of Women Psychologists, as female psychologists from all nations were invited to share in furthering the advancement of scientific psychology and its applications throughout the world.

​In 1959, membership was opened to all psychologists, and the name became The International Council of Psychologists. This expansion enabled ICP to broaden its mission, range of activities, and membership.

In 1962, ICP became incorporated in Connecticut in the United States as a 501C3 non-profit educational organization.

In 1981, ICP was granted Non-Governmental Consultative Status to The United Nations Economic and Social Council. ICP’s Main UN Representatives have held leadership positions, including on the CoNGO (Conference of UN NGOs) board, and in many NGO Committees.

ICP’s many activities provide professional opportunities for members to collaborate with each other, with colleagues around the world, and with other associations on matters of professional interest. 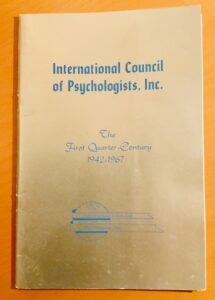 Articles about the ICP